This post is long overdue. Pie and I began our house hunting adventure over a year ago, but here I am just barely getting around to detailing our fun adventure of finding our first home together as hubby and wifey.

We were very fortunate when it came to being able to purchase a home in Denver. Even though we had solidified our plans to move to Denver long before Pie took his new job in October, we were not able to put our home in Albuquerque up for sale until we had both officially left Albuquerque in November 2013. When we drove away from our home in Albuquerque with the last few bits of our home in tow and a “for sale” sign hanging the front yard, we were uncertain how long the home would sit as empty as we had left it.

Lucky for us, we had a bite on the house the very first weekend we put it on the market and before we knew it, an excellent offer had been submitted to us! We took this first offer and in January 2014 the deal was sealed and we had finally closed on the house so we could quickly begin our search for a new home in our new city.

When we started our search for a new home in Denver we had no idea what we were getting ourselves into. We had a price range in mind that we thought was reasonable enough to get a modest home in Denver, but come to find out, we weren’t even close!

We discovered that while the housing market in many cities was still suffering, Denver was definitely not one of them. Houses in Denver are expensive and they go very quick. This was made worse by the fact that hubby and I both took jobs downtown and wanted to live close to downtown, within biking distance. While many of the neighborhoods downtown are older and outdated, they are not cheaper. Location, location, location!

We had what we thought was a reasonable list of expectations for our new home in Denver.

Not on the list, but voiced quite often, was my preference for updated cabinetry and fixtures. A girl can dream, right? And hubby, being a nerdy engineer, liked the idea of having an energy efficient home.

There were virtually no listings for homes that met all of the basic criteria we wanted, and definitely none that met our non-essential criteria of looking updated and being energy efficient.

The older homes in the neighborhoods close to downtown were definitely charming, but would potentially need so much work; not just with the aesthetics, but also with more important things like plumbing, insulation, and modern updates that would create a more energy efficient home. Even after we considered taking on a house that would be a project, we realized that none of the homes came at a price that would enable us to make the improvements we wanted anyway without costing an arm and a leg.

Older, but slightly updated homes tended to be slightly out of our price range and most still did not meet our expectations enough for us to consider spending more than we wanted on a home. Most homes had very little square footage, tiny bedrooms, tiny bathrooms (or only one bathroom), tiny closets, and no garages. 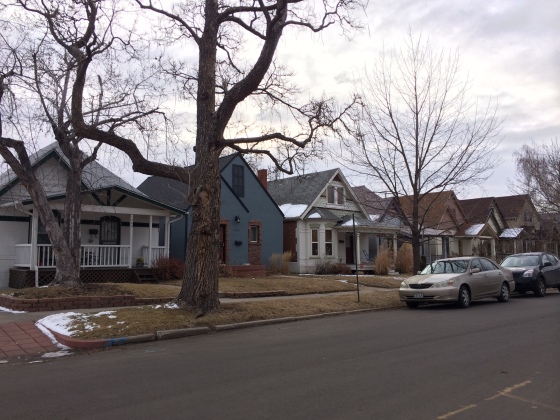 Older, charming homes close to downtown Denver, but not worth the price tag.

The homes that we truly swooned over, that had been rebuilt from the ground up after the previous home was scraped, were in unfathomable price ranges. 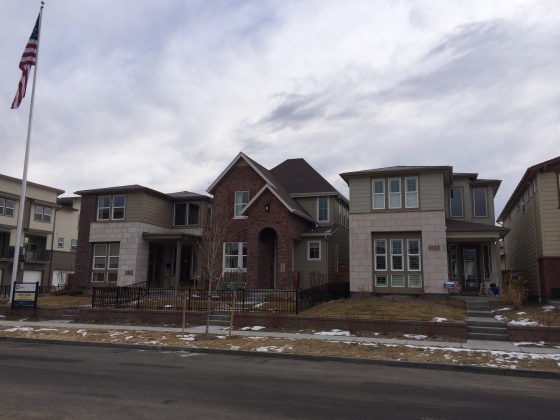 Modern homes in a desirable neighborhood near downtown Denver that had unfathomable price ranges. Swoon!

We even considered skipping the home idea altogether and getting a cheaper condo or attached home, but the prices were still not justifiable to the things we would be giving up like a larger space, more privacy, and in some cases, a backyard of our own. 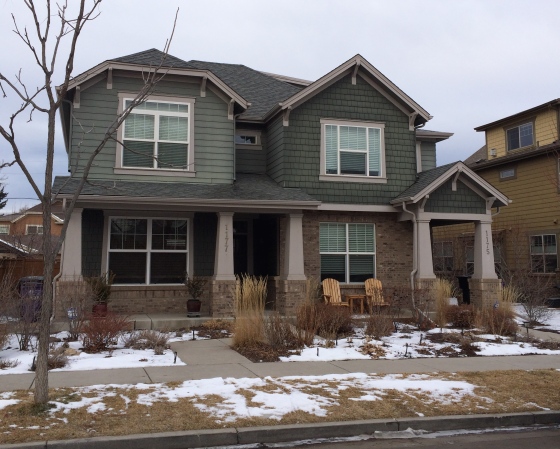 A newer duplex home in a desirable neighborhood. Very nice, but almost the same price as a single family home.

We had only begun our search for homes for less than a month before we gave up without even stepping foot in a single home. So what did we do next? Stay tuned!