When hubby and I decided that our next vacay should be one where we had to use our passports, I immediately had one place in mind that I had been drooling over from social media photos for several months: the Faroe Islands. 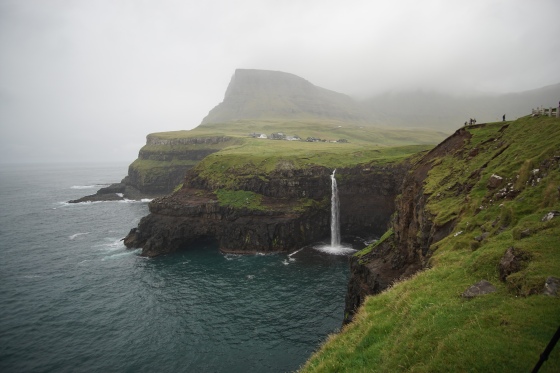 The waterfall in the Faroe Islands that I kept seeing on social media and made me fall in love with the place.

Don’t ask me how to properly pronounce “Faroe” because even after visiting the islands and trying to learn the proper pronunciation in order to not sound like such a newb, I still heard no less than five versions of how to pronounce it in different cultures and am just as clueless about how to say it; but that’s hardly important.

Also, don’t ask me where it’s at on a map because I’m geographically-challenged and still have trouble locating this group of 18 tiny, mystical volcanic islands, but I’m going to cheat and regurgitate the textbook answer that they are located in the North Atlantic Ocean halfway between Iceland and Norway. Duh, everyone knows that.

If you have not heard of the Faroe Islands (and chances are you haven’t because it’s only recently become a more popular travel destination), don’t bother looking it up. All you need to do is envision green landscapes that go on for miles and end abruptly at the sea’s edge with sharp cliffs that often continue upwards into the fog above; waterfalls galore that literally start in the clouds atop a grassy mountain and spill generously into the sea below; and adorable stone and grass-roof houses that look like they grew naturally from the ground itself and probably house not-so-imaginary elves. It’s not at all the beachy destination most might think of when they hear the word “island”. 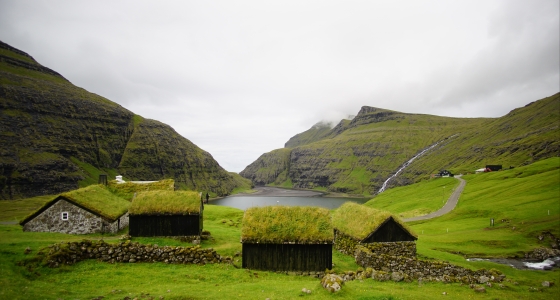 With these connections in mind, hubby anxiously and excitedly booked our flight to Iceland and our flight back home from Paris, but conveniently left the rest of the details up to me to figure out. Cue vacation planning stress mode!

I’ll admit that I’m not much of a “city girl” when it comes to vacations. Although I love working and playing in a big city practically all year long, I’m usually eager for our vacation landscapes to not involve concrete and crowds. Therefore, when it came to figuring out the nitty gritty details of our trip, including how long we would stay in each destination and how we would get over to Paris in order to get back home, I selfishly included generous amounts of time in Iceland (our first stop) and Faroe Islands (our second stop), and only a couple of days each in the big cities of Copenhagen (our third stop) and Paris (our final stop).

Another perk of being left to do all the trip planning was that I greedily decided we weren’t staying in hostels; but in all fairness, I also wasn’t too greedy and insisting we stay in pricey hotels or anything like that. I searched extensively for Airbnbs that would hopefully be a reasonable compromise.

I ended up finding some incredible apartments in each destination, thanks to the fact that Europeans actually seem to decorate and style their homes better than Americans! Our Airbnb for Paris was not only adorable, but boasted of a gorgeous view of the Eiffel Tower. I was SMITTEN with this romantic view we would soon see in person! 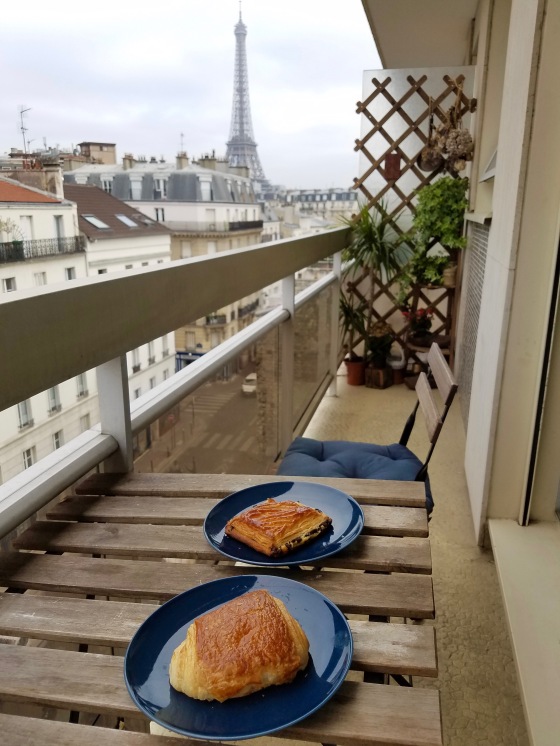 Even though 4.5 days of our 2-week vacay included visits to big cities, and I would have much rather preferred to spend those extra days in Iceland and Faroe Islands, I actually became a little bit excited for the big cities when we were all set to wake up in some pretty darn awesome city apartments.

I was so pumped for our longest vacation that we had been able to take as a couple yet! We just had to count down the days until the first stop on our dreamy vacation.

2 thoughts on “A dream vacay to Iceland, Faroe Islands, Copenhagen, and Paris”